A trek that is born by chance as an alternative to Sunday bathing routine and to adverse weather forecasts.

We start from Varazze by car with direction Cogoleto and then Arenzano (Ge), in the Beigua Park and the suggestive Val Leone. At the motorway exit, we turn right, towards the Colletta pass and shortly before towards Terralba, via Pecorara, up to the locality of Agueta, with a difference in height of 240 m. We park in a wide open space in front of a farmhouse that sells strawberries.

Here begins the journey with destination “Lakes of Tina”, I smile at the thought of this destination that evokes a phantom character, perhaps with homemade trattoria or referred to a tragic disaster happened to a “sciura” (from Milanese slang) not accustomed to walking and which now involuntarily forces us to retrace the places of his tragic departure.

We begin to advance in the woods by following the effective indications on wooden pallets that seem to push us towards the typical environments of the most famous fairy tales that have populated our childhood: loc. S.Anna, Negrone Bridge.

We are going to pass on some bridges that convey a sense of pleasure and amused curiosity while watching from above the river that flows between rocky agglomerates.

Continuing after about 2 km at the Gua Pass (348m), we come across different scenarios with beaten paths exposed to the sun on wide valleys, among which in the distance peeks the surface of the sea, surrounded by a haze that seems to preserve from stealthy looks its precious beauty.

Splendid views towards the Argentea mountain range and the underlying Val Lerone, crossed by the homonymous torrent, we pass alongside the “Cianella” shelter, continuing to “Ruggi”, the aqueduct area that supplies Arenzano, where two uneven bridges allow you to overcome the narrow valley of the Rio Leone (446m).

Some of us stop to observe the fragrant vegetation identifying its names and characteristics, but what compels us to a sort of mystical pause for reflection is a chestnut tree of 200 years, with a circumference of about 3.5 meters, near the Rio Colletti and rio Ramà. A couple of us approach and believe we have to embrace it in a sort of cosmic union that pertains to oriental philosophies and which gives us an amused little smile that we conceal so as not to be accused of gross coldness. 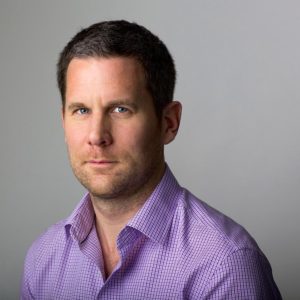